The endocannabinoid system in humans bears that name since it is able to respond to cannabis-derived compounds. However, cannabis is not the only regulator of this system, there are plenty of molecules derived from either plants or other organisms that are able to interact with such system.

A recent review published in the international journal “Plants” described a dozen of plants that are “cannabimimetic”. Plants and cannabinoids. These plants are no substitute for cannabis but they are capable of producing chemical compounds that can interact with the endocannabinoid system of all vertebrates, including humans. In this article the authors analyze up to 12 different plants that produce about 50 molecules related to cannabinoids.

Many of those plants have been used as medicinal herbs during hundreds of years, although it is only now that we finally understand that their mechanisms of action and their effects on several diseases are related to the endocannabinoid system.

Some of these plants are capable of producing human endocannabinoids such as anandamide and the 2-arachidonoyl glycerol (2-AG), although they have not been reported to express cannabinoid receptors.

Among all the different examples available, it is interesting to highlight the effects shown by compounds such as Quercetin, produced by pot marigold and many other plants and fruits and capable of enhancing the expression of CB1 receptors. The effects of Quercetin have been studied on metabolic disorders or as a dietetic supplement with protective effects on the cardiovascular system.

Resveratrol, a potent antioxidant found in the skin of grapes and peanuts, among many other plants, is also capable of interacting with CB1 receptors. Although its mechanism of action is not known, a few studies have shown that it is able to enhance the cellular expression of both CB1 and CB2. Other authors also suggested that it increases the production of endocannabinoids which, in turn, increases the activation of CB1 receptors and the neuroprotective effect.

Schematic illustration of diseases and disorders affected by the endocannabinoid system. (Aquesta no la puc editar!)

Many plants produce compounds that resemble phytocannabinoids albeit they present a slightly different chemical structure in their side chain. An example of this can be found in THC and its chemical variant THCV, which instead of activating CB1 receptors it represses them.

There are also additional cannabimimetic compounds whose activity is not fully understood yet.

CBG can be obtained from the flower of Helichrysum umbraculigerum

Catalysts of the endocannabinoid system

Cannabinoid receptors are, without a doubt, the most important component of the endocannabinoid system but there are also additional molecules that play a role in this system, such as metabolic enzymes and molecular transporters that regulate the concentration of endocannabinoids, and there is a huge variety of plants that synthesize these compounds:

Agonists and antagonists of cannabinoid receptors

The CB2 receptor contributes to prevent inflammation and can be activated by phytocannabinoids such as:

Some cannabinoids show a dual effect, so they can bind to both CB1 and CB2 cannabinoid receptors, such as THC or 2-AG. This also occurs with some phytocannabinoids such as:

The antagonists of both receptors can block their activation, presenting beneficial effects mainly at the gastrointestinal level, without affecting the central nervous system.

Among the CB1 antagonists is important to highlight those derived from the leaves of the tea plant, known as catechins, which regulate the level of insulin, cholesterol and blood pressure.

There are also some phytocannabinoids that are able to block the CB1 receptor and activate CB2. This combination is particularly promising for the treatment of addictions and metabolic disorders.

It is well-known that the effects of compounds derived from plants could not be restricted to the endocannabinoid system. It has been reported that endocannabinoids and phytocannabinoids can also interact with additional receptors such as the TRP ionic channels or the PPAR receptors that modulate gene expression. These receptors can also be regulated by several plant-derived compounds, such as the betulinic acid derived from the Japanese white Birch or CBG-like molecules produced by daisies.

Several of the best known “cannabimimetic” compounds are derived from West African pepper. As an example, the black pepper that is usually found in our meals together with salt is one of the most potent activators of the endocannabinoid system, as it blocks and delays the recapture of endocannabinoids. Overall, pepper derivatives not only act on the endocannabinoid system but also on additional receptors such as TRPV1. Their medical use has been associated with diseases such as migraine, insomnia, nutritional and weight control disorders, among others. 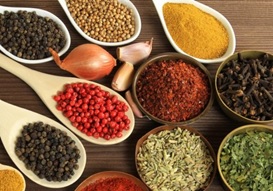 Unfortunately, we know very little about the particular nature of Helichrysum umbraculigerum, mainly because in its native environment in South Africa there are very strict rules that prevent their export and, hence, in depth studies. However, what we do know is that it belongs to the daisy family and contains a high concentration of cannabigerol. Cannabigerol presents antidepressant and mood stabilizing properties. Without a more exhaustive investigation thought, the real potential of this plant is yet to be discovered.